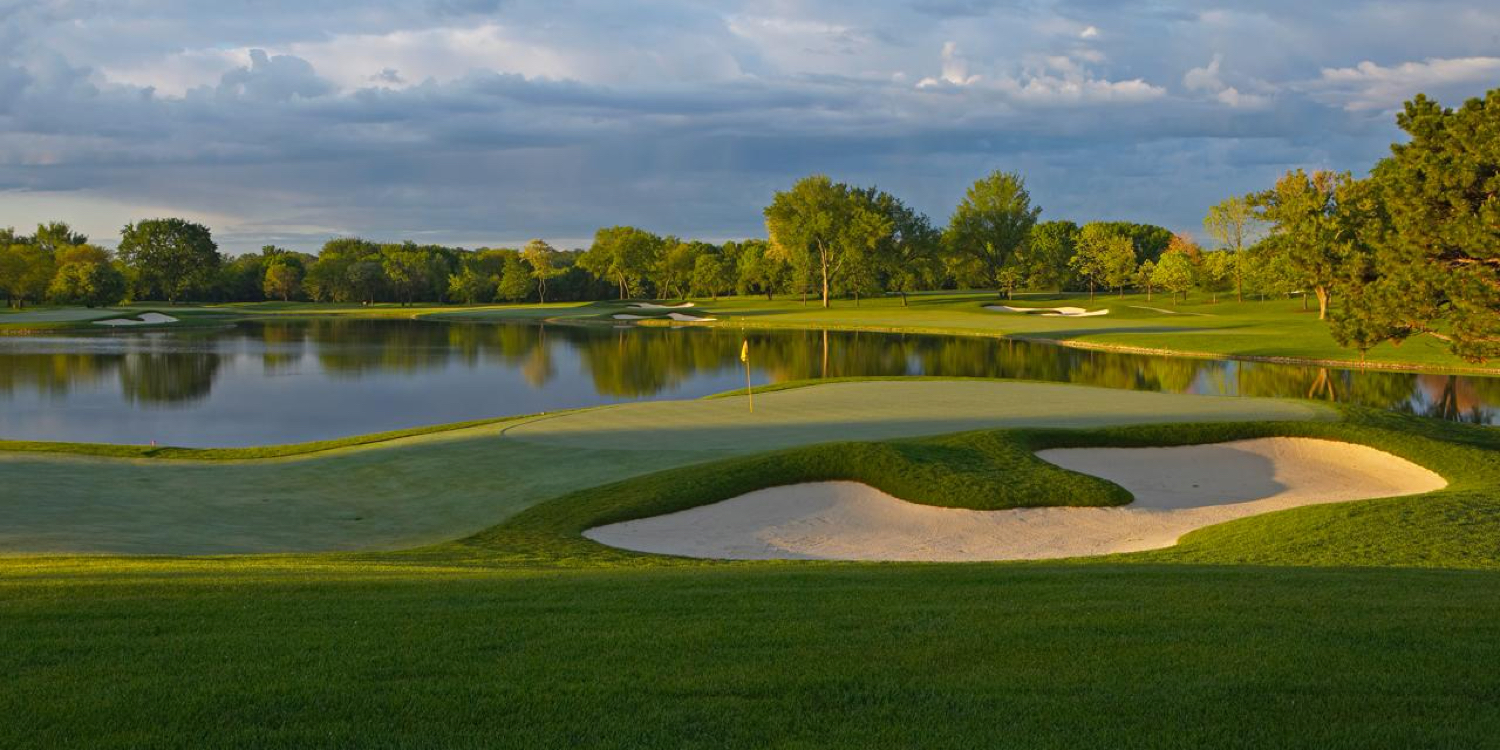 Save As Favorite Course - 7 's

History
Butler National was the creation of Paul Butler, an affluent entrepreneur, philanthropist, and sportsman who was the founder of the village of Oak Brook, Illinois.In 1972, renowned golf course architect George Fazio designed Butler on what was previously York Country Club. It was built and seeded in the relatively short span of two years, and the construction was completed under the supervision of Fazio's nephew Tom Fazio, an internationally acclaimed architect in his own right.This club was home to the PGA Tour's Western Open from 1974-1990. The course policy of not allowing female members caused the club to lose the Western Open.In May 2007, Golf Digest rated Butler 21st of "America's 100 Greatest Courses."

Course
Butler National is a relatively flat, tree-lined course, requiring solid golf shots to shoot a good score. The Fazio design is penal and rewards successful positioning and shot shaping. A right to left ball flight is preferable as there are more dog leg lefts than rights. Water hazards will frequently come into play as do the deep faced bunkers. There are approximately 40 sand bunkers.The Butler (back) tees play, with a course rating of 78.1 and slope rating of 152.In the fall of 2004, all of the greens were converted to an A-1 Bent grass and the sand to tour grade signature. The greens are fast, but the difficulty comes in reading the greens as they are very subtle.

Get A Golf Outing Quote

Contact Butler National Golf Club at 630-990-3333 for more information and details on holding a golf outing at the course.

Get A Golf Outing Quote

Contact Butler National Golf Club at 630-990-3333 for onsite or nearby dining options.

Managers and Owners Login To Modify This Profile